Going Hard in the Paint: Samuel Umtiti Takes to Instagram to Mock Handball Howler Against Australia

Going Hard in the Paint: Samuel Umtiti Takes to Instagram to Mock Handball Howler Against Australia

​France defender Samuel Umtiti has mocked his own mistake on Instagram following France’s win over Australia on Saturday. The defender gave away a penalty for handling the ball during the match, and has now made fun of the situation.

Thankfully for Umtiti, it didn’t prove costly. Once Mile Jedinak had converted the penalty, the Barcelona centre half would’ve been sweating over the outcome of the game, only for Paul Pogba to save his blushes with a winner towards the end of the match. 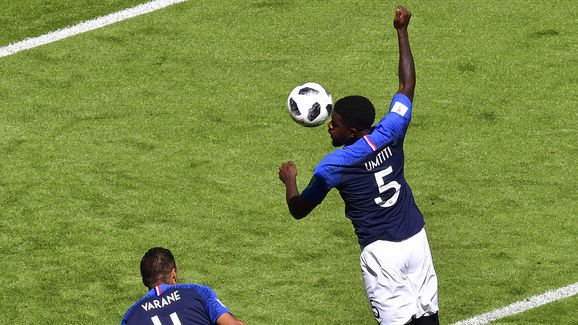 As a cross came into his box during the second half, Umtiti (strangely) raised his arm and knocked the ball away – seemingly a gut instinct rather than intentional attempt to cheat. It was a fairly obvious foul, and though the referee did look to VAR just to be sure, it didn’t take long for him to realise the call was correct.

And now, having eventually won the match, Umtiti has posted a photo mocking himself on Instagram – cropping in a photo of a basketball hoop, and making it seem like he was going for 2018’s filthiest dunk.

​​You get the feeling that Cleveland Cavaliers might be on the hunt for a new small forward this summer…perhaps Umtiti might be fielding some calls from the Quicken Loans Arena sometime soon.

Yes, he is only 6′ and realistically would not make it in the NBA, but come on, it’s just a joke. Don’t take it so seriously. 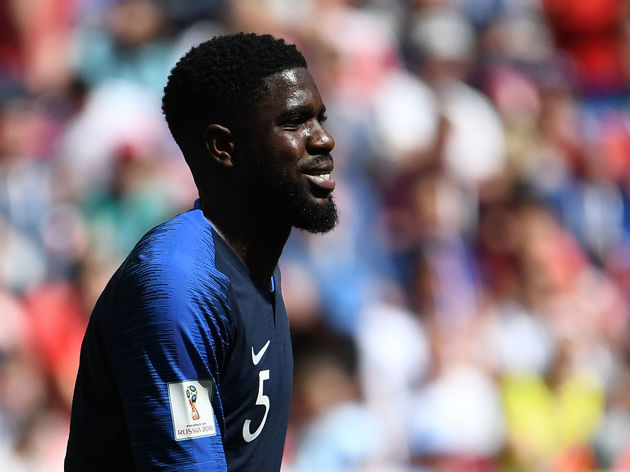 In any case, Umtiti will now be looking ahead to his side’s encounter with Peru on Thursday. hough the French didn’t hit their expected heights against Australia, they’ll be hoping that their next opponent is a little easier to roll over, and a win is very much expected.