​Lionel Messi has hailed his former duels with Cristiano Ronaldo as memories that will ‘last forever’, citing the longevity of their rivalry as one of the key reasons for it being so special.

The pair haven’t faced off against each other since Ronaldo left Real Madrid for Juventus in the summer of 2018, starving football fans around the world of two of the game’s greatest ever players going head-to-head. 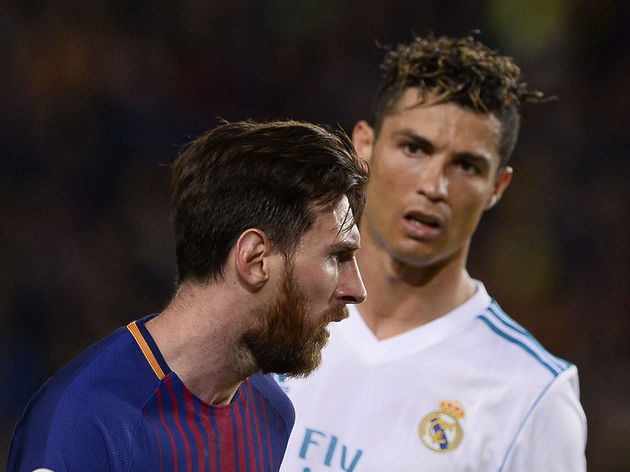 As the figureheads of ​​Barcelona and ​Madrid respectively, El Clasico always carried extra significance as two of the world’s leading sides faced off. Their rivalry extended beyond just their club duties though, as both fought to secure the coveted Ballon d’Or, winning all but one of the last 12 awards.

It was a battle that ​Messi insists will live long in the memory for a variety of reasons, but pointed to the pair’s ability to continue battling for such an extended period of time as one of its highlights.

“It was a duel that will last forever because it went on for many years, and it isn’t easy to keep at your highest level for so long – especially at those two clubs we were at, which were so demanding, in Madrid and Barça, the best in the world,” the Argentine told ​​DAZN​.

“Competing head to head for so many years will be remembered forever. The sporting rivalry between us was very nice on a personal level. I think that the fans also enjoyed it, be they Madrid or Barça supporters, and those who just like football will also have enjoyed it.” Both ​Ronaldo and Messi put up ludicrous scoring records during their respective times in La Liga together, with Ronaldo netting 450 goals in 438 matches, compared to Messi’s 472 in 476 outings so far. Plenty of those goals came in El Clasico, with the 32-year-old declaring those clashes had extra significance with Ronaldo in the Madrid side.

“When Cristiano was at Madrid, games against them were always special,” he added. “Real Madrid, because of what those games mean, made it much more special, but those times are behind us and things go on.”