​​Liverpool have finally made a breakthrough in their pursuit of Lyon’s French midfielder Nabil Fekir, with the Ligue 1 outfit indicating they will do business with the Champions League finalists – albeit for the right price – as reported by the ​Mirror.

Following the 2017/18 campaign, whereby Liverpool barely missed out on winning the Champions League, Reds boss Jurgen Klopp has initiated a summer recruitment drive with the intention of significantly strengthening both the club’s starting lineup up and increasing their squad depth.

Progress of sorts for @LFC with Fekir. He said he only wants Liverpool move, and Lyon president has agreed in principle to allow him to go – if price is right. No definitive price tag yet though, and Lyon still prefer to wait until after World Cup #LFC
https://t.co/nYFVEb87KC

This has already yielded good results; with the Merseyside outfit already ​agreeing a deal to sign Monaco’s Brazilian midfielder Fabinho, while Naby Keita also set to join Liverpool next month on a deal that was confirmed last year. Klopp remains in need of an attack-minded midfielder to replace Philippe Coutinho, who left the club for ​Barcelona in January.

Fekir has been prioritised as Liverpool’s main midfield transfer target in recent weeks, and with the Frenchman having indicated he would only like a move to Anfield, the only thing standing between the Frenchman and the Reds is Lyon’s president, Jean Michel-Aulas.

Aulas had initially been stoic in his approach to the Fekir transfer, but has since indicated that he would be willing to do business with Liverpool, assuming the price is right. 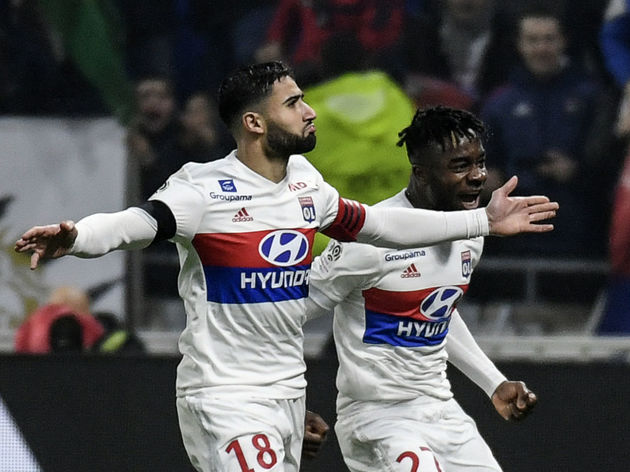 However, Les Gones have yet to label Fekir with a definitive price tag, with the Ligue 1 side preferring to wait until after the World Cup to make a decision regarding an appraisal of their midfield talent.

While Lyon have yet to name their price for Fekir, who has chosen Liverpool as his next destination, the Reds will be hoping the fee won’t cost them much more than £50m.

Throughout the 2017/18 camapign, Fekir made a total of 40 appearances across all competitions, notching a total of 23 goals and assisting a further eight as Lyon finished third in Ligue 1.