​Quique Setién was announced as the new Barcelona coach on Monday morning, but the Spaniard could easily have missed the opportunity of managing the Catalan giants, after interviewing for the role as Watford boss in December.

The Premier League club was stranded at the foot of the table under Quique Sanchez Flores, and his sacking meant that the Pozzo family had to recruit their third manager of the season.

Simon Collings reports that new Barcelona coach Setién was interviewed for the Watford job in December, but his application was seemingly unsuccessful, as the Hornets opted to hire ex-Leicester City boss Nigel Pearson instead.

Pearson has put together a string of excellent results which have propelled his new side out of the bottom three, as the former Derby coach looks to save his second club from relegation, who have sat bottom of the league at Christmas.

It could have been very different for ​Watford had they chosen Setién to lead their great escape, and the decision would have had grand repercussions on Barcelona’s future, too.

​Mundo Deportivo reports that la Blaugrana had made contact with Setién two months before his eventual unveiling as their replacement for the departed Ernesto Valverde, and director of football Eric Abidal declared the Watford reject as their first choice. 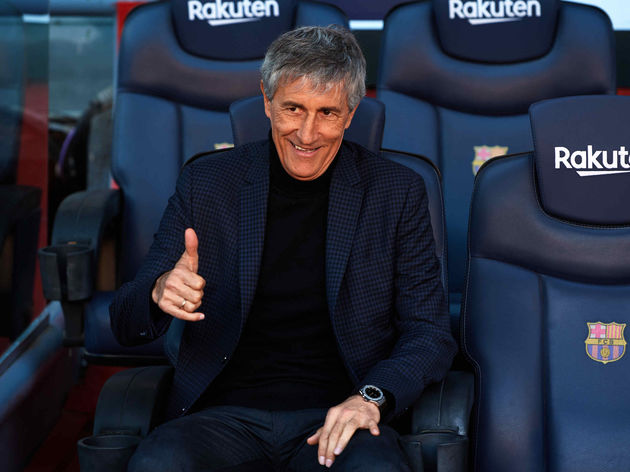 ​Barça also approached Netherlands boss Ronald Koeman, who turned down the opportunity to manage the Spanish champions due to his commitments to the Dutch national team, with Euro 2020 fast approaching.

Barcelona chiefs also made contact with ex-midfielder Xavi, but having held talks in Qatar, he too rejected their advances, choosing to focus on his current role as manager of Doha club al-Sadd.

These rejections led to the appointment of Setién, who left his role as Real Betis coach at the end of last season, having achieved European qualification with los Verdiblancos.

Speaking at his unveiling at the club on Tuesday, Setién revealed some insight into the whirlwind nature of his appointment.

He said (via the ​Guardian): “Yesterday I was walking past cows in my home town; today I was at Barcelona’s training ground coaching the best players in the world, an enormous club,”