​Newcastle manager Rafa Benitez has done a brilliant job with the Magpies over the past few years, but his excellent work has not gone unnoticed.

After keeping Newcastle up, Benitez is now being eyed by West Ham, who are on the lookout for a new manager after it was announced David Moyes would leave the club at the end of his contract. 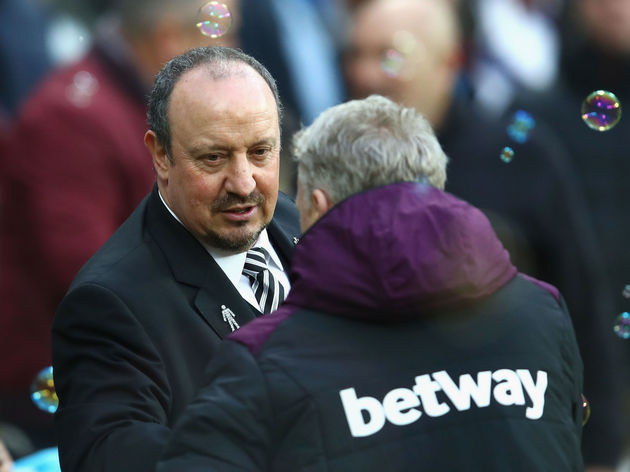 Moyes did his bit in keeping the Hammers up but the London club now must start their recruitment process, and Newcastle fans are worried after ​reports linked their idolised boss with a move down south.

People saying he wont go, why wont he? He has a lot of resepect for their owner… He wanted Javier Hernandez at newcastle… He nearly joined them before joining Madrid…

For your sake Mike Ashley, I really hope you tie down Mr Benitez to a longer contract. Just a heads up, don’t let him go to West Ham if you like it when Newcastle fans despise you reasonably quietly. They will protest if you don’t give him a big kitty, imagine if he leaves! #NUFC

The thing that worry’s me more about Benitez is not West Ham apparently coming in for him it’s the fact that Ashley has mugged him off time and time again which is why we are here now. It could all be sorted today IF Ashley just gives him what he wants #nufc

The only reason Rafa would leave us for West Ham is if their owners proved they have more ambition than ours. If that happens there is only one man to blame and it isn’t Rafa Benitez!! #nufc

Jokers pal,we will have to put up with this as long as Ashley doesn’t fully back rafa. 95% of clubs would love to have rafa we do only one person can mess that up imo

​​On Thursday evening, ​Sky Sports reported that Newcastle were confident in retaining Benitez’s services, but whether the club’s owners can match the Spaniard’s ambition with a decent transfer budget this summer remains to be seen.

Benitez guided Newcastle to the Premier League from the Championship last season after their relegation from the top flight in the 2015/16 campaign, and helped Magpies round off their most recent season with a 3-0 win against Chelsea last weekend.