Goals from, well, pretty much everyone, sealed the victory for Everton in what would be described as a ‘good workout for both teams’ by ATV Irdning fans – if such people exist.

​​The hosts, who play in the seventh tier of Austrian football in a ground that holds just 750 people, found themselves 10-0 down at half time, with Cenk Tosun bagging four goals for the Toffees.

Despite Everton making 10 changes at the break, it did not get any easier for the Austrian side, as Kevin Mirallas bagged himself a hattrick within just six minutes of the restart.

Towards the end of the match, with Everton leading 19-0, the Toffees broke through on goal once more – only for Big Dave from the local chippy to completely give up with his efforts between the sticks, allowing the Blues to walk through and slot home the 20th goal of the game. 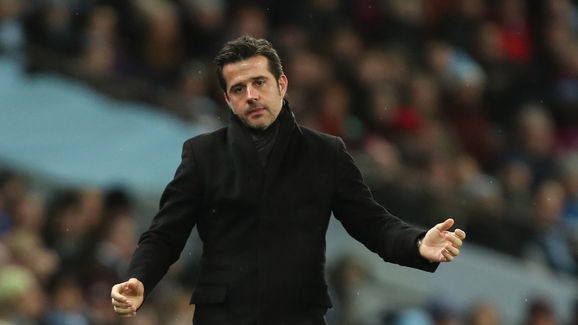 It followed the best finish of the match, when an Austrian midfielder sweetly struck a superb lob to fool his own goalkeeper as the ball dropped perfectly into the back of the net.

There were some fantastic reactions to the match on Twitter, with some people more pleased than others, as one user pointed out that Everton have scored 22 goals under Marco Silva – just five less than Sam Allardyce managed during his 24 games in charge of the Toffees.

Below is a look at some of the best reactions from Twitter following the match.

They are from a town of 2700 people, have no Wikipedia page, and their biggest digital footprint is a Facebook page with 113 likes that didn’t even post about playing a Premier League team.

What kind of insane Football Manager save are we in? https://t.co/wyvasjPUWc

What a waste of a preseason friendly, might as well have a kick about with their kids in the garden.

Everton are 8:0 up in their preseason game versus ATV Irding. Am I the only one who finds it a bit odd the Blues have travelled to Austria to play a team in the Oberliga Nord (7th tier of Austrian football)? Not sure what they’ll get from that match.

Everton have won 0-22 in their pre season friendly against Austrian opposition, ATV Irdning 😱

Seems like a decent test for them anyway 🤔 pic.twitter.com/I0jGwn5U7s

School of Science, it’s on its way back. pic.twitter.com/ZZYZYm0q8o