​​West Ham United are reportedly looking to acquire the signature of ​Barcelona defender Marlon this summer, as they look to rebuild under new manager Manuel Pellegrini.

The Brazilian spent last season on loan at Ligue 1 side Nice where he made 27 appearances in all competitions. The Hammers made their first summer signing at the start of June by snapping up Fulham’s Ryan Fredericks and they are now looking to follow that up by bolstering their defence further with Marlon. West Ham suffered a disappointing 2017/18 season, first under Slaven Bilic and then David Moyes, but they will be hoping to put that behind them and the first thing to do will be to reinvigorate the current squad at their disposal.

After veteran defender James Collins was released at the end of last season, there is a chance that West Ham may be short when it comes to quality centre-backs, meaning that Marlon could prove to be a perfect fit at the London Stadium. Spanish paper Mundo Deportivo are reporting that a deal between West Ham and Barcelona is on its way to being negotiated, with a fee rumoured to be around €15m to €18m being agreed between the two clubs. 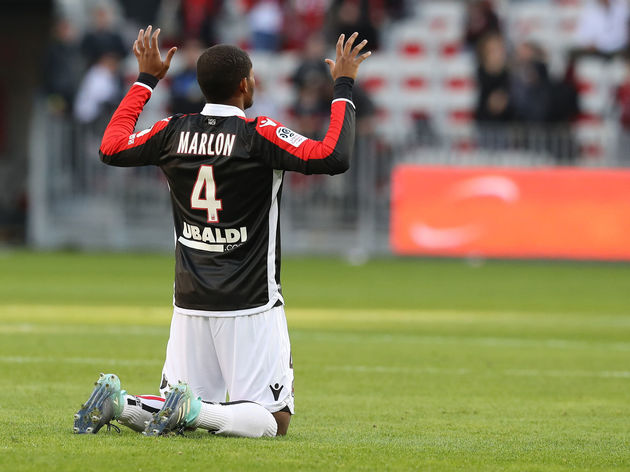 Marlon is not the only Barcelona player West Ham have been linked to recently, as they have also reportedly ​shown a keen interest in midfielder Rafinha, who could also be on his way out of the exit door at Barcelona this summer.