An undervalued superstar – Eden Hazard had a huge smile on his face after getting on the scoresheet and guiding Belgium to a bronze medal position with a 2-0 victory over England in the World Cup third-place playoff in St. Petersburg.

However, Hazard and Belgium could have – and maybe indeed should have – been contesting the World Cup final against Croatia in Moscow on Sunday.

Their narrow semi-final defeat to France ultimately denied them that opportunity, but there was little to separate the two sides in terms of which was the best team of the tournament as the Red Devils’ golden generation finally lived up to the pre-tournament hype on the big stage at the World Cup. 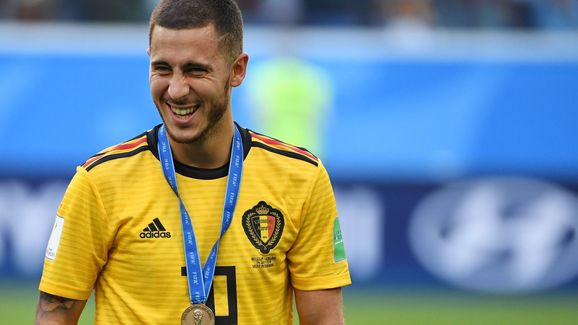 For Hazard, though, his personal destiny is in his own hands.

At 27 years old, he has just enjoyed a magnificent World Cup and he can now go on a well-earned summer break knowing that his future is brighter than it was at the end of the domestic season.

From a Chelsea perspective, Hazard has raised his value in Russia – scoring three goals and providing two assists, and ensuring he will be a top target for all the major clubs on the lookout for exceptional talent. Hazard has outshone the likes of Neymar, Lionel Messi and Cristiano Ronaldo at this tournament, so he can certainly reflect on Russia 2018 as a personal achievement.

On an international level, Hazard and De Bruyne will become even more important for Belgium, who will believe they can win Euro 2020 and make significant progress at Qatar 2022 if they can successfully replace their older defensive stars.

Where Belgium go from here largely depends on how many of Roberto Martinez’s older players are able to wait for another major tournament.

Vincent Kompany, Jan Vertonghen, Dries Mertens, Mousa Dembele and Marouane Fellaini are all in their 30s, with Toby Alderweireld, Nacer Chadli and Axel Witsel not too far behind. 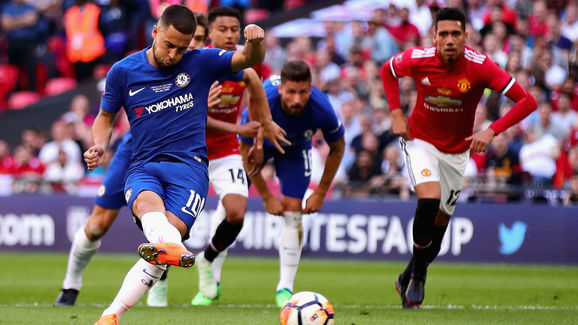 Antonio Conte’s departure as Chelsea manager might play in the club’s favour when it comes to persuading him to stay at Stamford Bridge, with Maurizio Sarri’s attacking style more likely to appeal to Hazard, but if European giants Real Madrid or Barcelona come calling, then Chelsea will have a problem.

Real have been long-term admirers of Hazard, and the European champions now need to replace Ronaldo in their squad following the Portuguese forward’s exit to Juventus.

The big question surrounds what Hazard will choose to do with his new status. Will he stay or will he go? His value has never been higher, but neither has his reputation.