​England’s quest for glory at the World Cup has often been stymied by an unreliable piece of human anatomy, such as Bryan Robson’s shoulder, David Beckham’s metatarsal and Wayne Rooney’s right foot.

But long before all those problems occurred there was Gordon Banks’ stomach. In the hours leading up to England’s 1970 World Cup quarter final against West Germany the world’s finest goalkeeper was struck down by ‘Montezuma’s Revenge’, an illness so severe there was no way he could leave the bathroom, let alone take to the pitch. Sir Alf Ramsey reluctantly decided that Peter Bonetti, a goalkeeper so lithe and agile he was nicknamed ‘The Cat’, would have to play instead. The die was cast.

11 June 1970. Gordon Banks made “the greatest save of all time” against Brazil in a World Cup group match in Mexico. The final result was Brazil 1 England 0. pic.twitter.com/wa2n5fiFU0

In the four years between lifting the World Cup and commencing their defence of the trophy England had performed like champions, winning almost two-thirds of the games they’d played and losing only four. The nucleus of the team that had beaten West Germany travelled to Mexico, with Bobby Moore, Geoff Hurst, Alan Ball, Martin Peters and Nobby Stiles still in their twenties.

Even Bobby Charlton was only 32, his unconvincing comb-over making him appear more ancient than he really was. Ramsey had also been able to strengthen his squad with a host of new talents such as Alan Mullery, an energetic, combative midfielder, Keith Newton, an attacking right back whose talents were particularly valuable in a side devoid of wingers and Francis Lee, a striker whose goals had helped secure a succession of trophies for Manchester City. England thus went to Mexico as one of the favourites, the greater depth of talent in their squad deemed sufficient to nullify the loss of home advantage.

There was no seeding in the draw for the 1970 World Cup, a decision which had unwelcome consequences for the holders as they had to play Brazil, Czechoslovakia and Romania in the group stage. Geoff Hurst had slammed home England’s last goal in the 1966 World Cup and he picked up where he had left off, scoring to give his side a 1-0 win over a brutal Romanian side in their opening match.

Next up were Brazil, who had been a pale shadow of themselves at the previous World Cup. That was a different era however; a black and white world waiting for Brazil’s Technicolor period. They had thrashed Czechoslovakia by four goals to one in their first match and, unlike the Romanians, didn’t resort to kicking the champions in an attempt to get a result. The tie with England was only 10 minutes old when Gordon Banks made the save that defined his career and confirmed his indispensability to Ramsey’s side, diving low to his right to parry a thundering header from Pelé, somehow pushing the ball over the crossbar and out of danger.

After that, Moore kept the Brazilians at bay with a masterclass in precise tackling and England fashioned a series of chances of their own. The deadlock wasn’t broken until halfway through the second half when Jairzinho thumped the ball past Banks from close range, the goal made by a delightful turn and pass from Pelé. Jairzinho’s jubilant celebrations jolts a modern day viewer, reminding you that back then scoring against England really meant something. Ramsey’s side tried valiantly to get the equaliser their performance deserved, with Jeff Astle missing a sitter and an Alan Ball shot striking the crossbar. Sadly, it was to no avail; Brazil ultimately shading a match that either side could legitimately have won.

Subsequent results meant that England needed to avoid defeat against Czechoslovakia to reach the last eight, an objective they secured by virtue of an Allan Clarke penalty. There they were reunited with the West Germans in a replay of the final from four years earlier. Since that contest the Germans, like England, had lost only four times and their performances in Mexico confirmed their promise.

Bulgaria, Morocco and Peru were all beaten in the first round, with the Germans scoring ten goals in the process. These three matches were a good indication of what was coming England’s way, for the Germans, unlike Ramsey’s side, were clearly a team that didn’t worry too much about conceding. The Germans went behind against both Morocco and Bulgaria, but still came back to win. The clues were there for those prepared to look.

Ramsey’s well-drilled team, minus the stricken Banks, took the game to the Germans and deservedly took the lead after half an hour of play; Mullery converting a pass threaded through the defence by Newton. Five minutes into the second half Newton made England’s second goal, racing down the flank and sending in a cross that looped over the heart of the German defence. The ball landed at the feet of Martin Peters, who despatched it clinically past the flailing arms of the goalkeeper.

Those England fans of a nervous disposition should look away now, for what came next was an hour of football from which the national side has, arguably, never really recovered. It all started when Klaus Fichtel fired the ball into Bobby Moore’s stomach from close range; accidental no doubt but done with sufficient force to wind the England captain, sending him gasping to the floor.

Suddenly, it was as if the drawbridge protecting the castle had been lowered. Beckenbauer collected the ball and hit a bobbling shot from just outside the penalty area, which Bonetti dived too late to save; poor Moore still doubled up on all fours as the ball hit the back of the net.

In the immediate aftermath of the goal Ramsey decided to substitute Bobby Charlton, as he had done in England’s previous two matches at virtually the same time in the game. Tragically, he was saving him for a semi final that England would never get to play. Geoff Hurst almost restored his side’s two goal lead with a header that bounced the wrong side of the post and then Bonetti made a fine save from a shot by Gerd Müller (not that you’ll often hear about that).

Then, eight minutes from the end of normal time, Uwe Seeler equalised with a looping, backwards header over Bonetti, who was too far off his line to catch the ball. The game went into extra time and the England goalkeeper made a magnificent save from a powerful strike by Beckenbauer (which you’ll also not hear much about). The Germans were clearly in the ascendency and Müller sealed their victory eleven minutes from time with a volley from close range; a shot that few goalkeepers would have had much chance of saving.

ON THIS DAY; 1970, England opened their World Cup defence with a 1-0 win over Romania, thanks to Geoff Hurst! 🙌 pic.twitter.com/HUOmY93Sey

England had outplayed the Germans for most of the first ninety minutes, but a series of accidents and misfortunes deprived them of a victory that was well within their grasp; the tantalising prospect of a rematch with Brazil in the final disappearing into the Mexican dust. The inevitable post-mortem laid the blame for the defeat firmly at Bonetti’s door, and he was certainly at fault for the first of West Germany’s goals. But, as for the second and third, the jury is still out.

Perhaps Banks would have saved them, perhaps he wouldn’t. Maybe, however, Bonetti was simply the first in a long line of scapegoats deemed to be solely responsible for England’s collective failures. Gareth Southgate would go on to suffer the same fate in 1996, as would David Beckham in 1998 and Wayne Rooney in 2006. Football is a team game, however, and culpability for defeat must rest with all the Englishmen that took to the pitch in León.

Maybe the result was not a reflection of English weaknesses at all, but of indubitable West German superiority. Perhaps even the presence of Gordon Banks wouldn’t have saved England that day. Now there’s a thought some may find difficult to stomach. 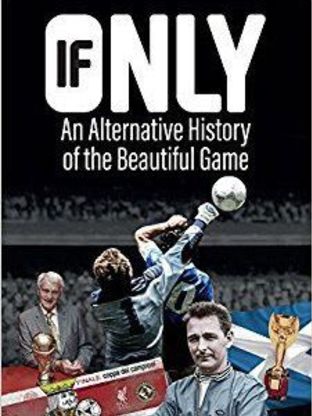 Simon Turner is the author of ‘​If Only: An Alternative History of the Beautiful Game’ published by Pitch Publishing. You can follow him on Twitter at ​@simonaturner100.